This is Why it's Important to Attend Support Group Meetings & Have a Support Network of Friends: Care & Treatment Doesn't End at the Doctors 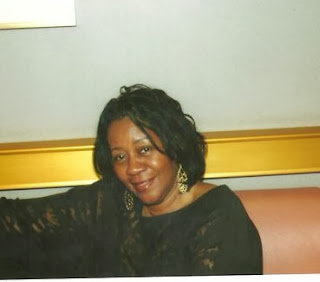 I attend a support group meeting every month. When I was first diagnosed, I went to a meeting, and it seemed everyone was afraid to talk about the issues they were having with m.s. After going a few times, I stopped. Fast forward to this year after moving to a different state, I ran across an article in a local paper...
...about a young woman who had been diagnosed a couple of years and had started a support group in the area. I decided to attend.
In the mean time, I had met a person who had been diagnosed for 2 years, and her doctor had told her that attending a support group might not be good for her, since there was a chance of meeting people in different stages of m.s. and that it might be disheartening. I told her about how our meetings are uplifting and to attend one and decide. She did and now she is a regular.

I've always said that everyone's m.s. is theirs, and just because this person is in a wheelchair doesn't mean that's where you will be. I didn't always think this way, but after some time and encouragement from family, friends and my doctor, I know this is true.

I attended a seminar not long ago, and my doctor was there. One thing she did was to explain m.s. in stages. I had heard it all before, but it was good as a refresher, and I was reminded of some things I had forgotten. A representative was also there asking if people wanted to have a refresher training in doing their injections. I signed up for that, because I had started to abuse some areas more, and it was good to hear from a professional about the importance of doing the injections right. I have been diagnosed for 20 years, and I still learned something that day!!
Just sharing!!
Posted by MSnewsChanel.com.com at 1:23 PM